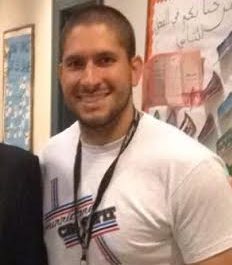 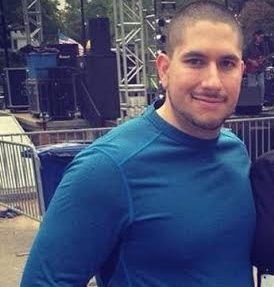 My name is Cord Larsen and I began Crossfit a year ago in September. After
I finished college football I went into a slump in which I did not exercise
for almost a year. Eventually I got out of that slump and began to exercise
again but was inconsistent with what I did. I let the excuse of being busy
impact that and the way I was working out at times felt like a chore and
not the love I once had when I participated in athletics. I was in a
constant plateau and did not understand why I was not getting the results
I desired. This happened in a four year span. I moved to Lake Charles a
year ago and a co-worked recommended that I try crossfit at Hurricane
Crossfit. I had heard a little bit about crossfit but I did not know what
to expect. I decided to try it out and see how it went. The first workout I
did was the On ramp version of Daniel. When I finally finished it felt like
a brutal day of practice during college football. I was in love instantly
and wanted more. The Hurricane crossfit staff got me situated and I haven’t
looked back since. They not only helped me to improve on my strengths and
weaknesses working out, they influenced the way I viewed mobility,
nutrition, and the little things outside the box. Since then I have lost
over 30 pound and I continue to make great improvements. I now workout five
days a week regardless of how busy I am and I have made great nutritional
improvements. Hurricane crossfit has not only led me to the path to the
results that I want but also has helped me fall back in love with the
process of exercise and fitness. I can’t thank the Hurricane crossfit staff
and family enough for welcoming me in and making me feel part of the
family. You guys are the best!