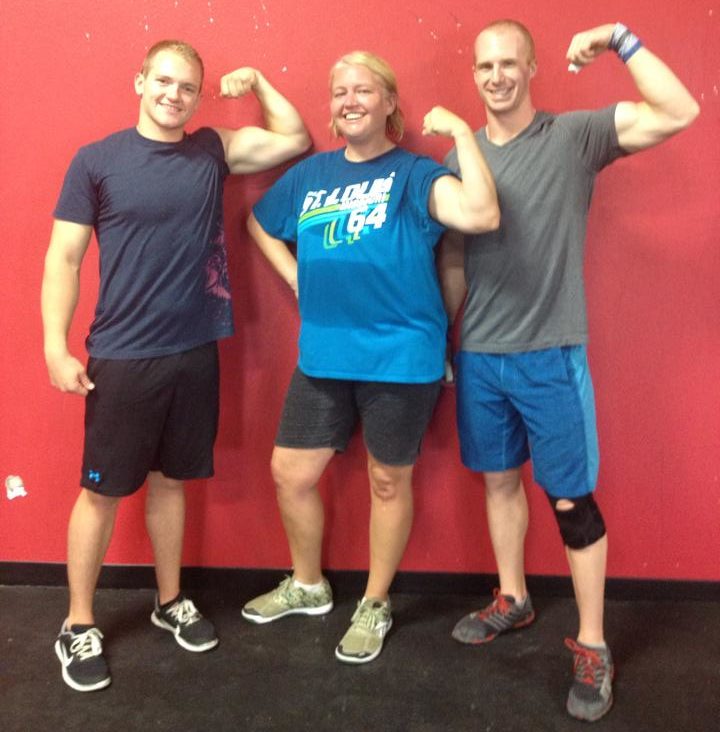 My story starts like everyone else’s. I work full time and I’m too busy taking care of everyone else to worry about me. I had not stepped foot in a gym in many years but knew I needed to really bad. I have a degenerative disk in my lower back which can cause great pain one day yet no pain the next day. To go along with a bad back, my body hurt all the time and after working 8 hours on my feet I was too tired to go exercise. I was too busy making excuses instead of making time. I had a serious talk with myself about this and signed up for a weight loss competition through my job. One of the requirements was to workout at the gym assigned to you. I was assigned to Hurricane Crossfit. My Crossfit journey started on February 4, 2014. I almost backed out because I thought there was no way at 39 years old with a bad back be physically able to do Crossfit. I hadn’t worked out in many years and the only shape I was in was round. I won’t lie, I was so scared on the first day. After finishing the baseline I thought I was going to die. At that moment I knew I was right where I needed to be. For the first few weeks I kept wondering why I kept coming back. I didn’t think I was making any progress. I couldn’t do a simple air squat without having a med ball on two weight plates under me for fear I was going to fall. Jogging any further than the end of the parking lot was out of the question, never mind trying to jog more than one round. I couldn’t do a pull up even with the assistance of the strongest band available. The voice in my head kept telling me how awful I was at this whole Crossfit thing but every coach would keep encouraging me and telling me how great I was doing. That is what kept me coming back. The positive environment inside the building from the coaches and other athletes are so encouraging. The coaches actually care about every person and take time to help. Having a bad back has slowed me down some and has caused me a lot of frustration, but the coaches are always there to remind me that they are there to help. Some exercises I cannot do because of my back and I have to modify to something else and I have learned that that’s okay. I get so frustrated with myself and the limitations and the coaches see this and are quick to reassure me and get me back to the right frame of mind. Many times I would finish a WOD last and many times other athletes who had finished way before me would come and cheer me on and get down on the floor with me so I wouldn’t be finishing alone. I had a goal in place to be able to do a pull up before my one year anniversary hit. I would try and try and get so close but just couldn’t get myself up all the way. One day after trying and failing at several attempts I asked Cody to please help me just one more time. He gave me a pep talk and some advice about my technique and before I knew it I finally got my first official pull up. The excitement and cheers I received from not only my coach but from every person in the building was awesome. By the way, I got my first pull up three months before the date I had set and the following month I did 17 pull ups in a row. The 200 meter run that seemed so hard is now easier than ever and while I’m about three steps faster than a turtle, I can actually run a full mile without stopping. Almost two years later I’m still showing up still finishing last quite often, still putting in the work, doing pull ups like they’re nobody’s business, running instead of walking, doing handstands and lifting weights I never thought I would be able to. I never in a million years thought I would do Crossfit. Now I cannot imagine my life without Crossfit. My life has forever changed for the better because of what happens inside that building.