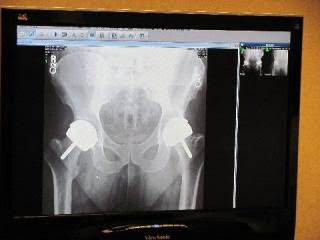 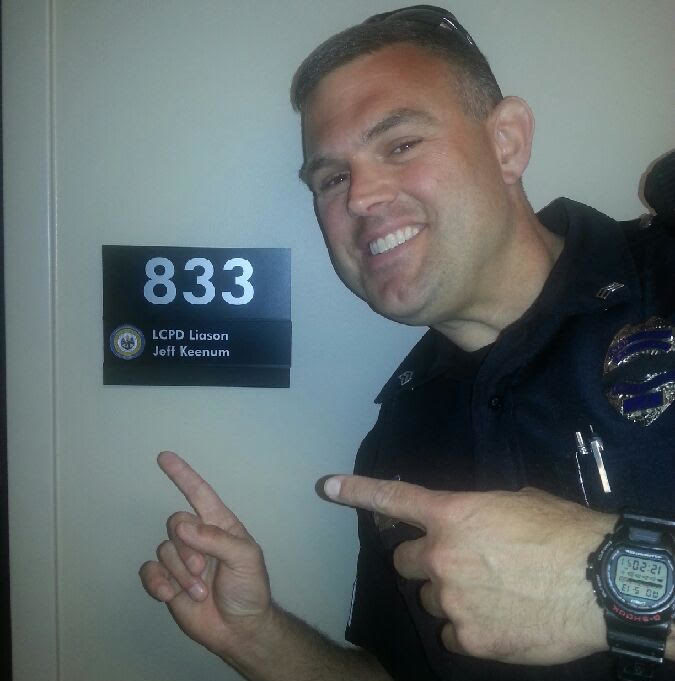 I’m Jeff Keenum. Lots of people call me Jazzy. I played high school football at Barbe and college football at UL-Lafayette. I’m 45 years old and I work at the Lake Charles Police Department.
I’ve had two hip surgeries. One in February 2009, the other in March 2011. In the spring of 2011, I was accepted to attend the FBI National Academy in Quantico, VA, to attend January – March, 2013. One of the guidelines in attending the FBI NA was that one’s body fat had to be under 21%. My body fat was over 27%. In an effort to lose weight and body fat, I had a plan in place and had begun to eat cleaner and began a regimen of swimming, bike riding, elliptical machine and Stairmaster riding.

In the winter of 2011, the LCPD’s & CrossFit Coach Buddy Toten began telling me about CrossFit and the incredible benefits resulting from exercising at CrossFit. I politely declined Buddy’s recommendation. I remember telling Buddy I had an exercise plan and I was intimidated about everything I’d heard about CrossFit. In my mind, CrossFit was reserved for elite athletes, which I was not. I was also scared to death of injuring my hips, as my doctor advised me to stay away from running and jumping.

March 2012 rolled around and I had not begun my exercise program or diet. I knew I had until December 2012 to be in compliance with the required body fat. WRONG! The terrible news for me was that I had to be in compliance with my body fat by July – less than four months away. The goal now was very simple, lose weight and body fat, or I would not get to attend this once in a lifetime training in Quantico.

I’ll never forget 3.23.12. That was the day I was introduced to CrossFit. The baseline took me 9:54 and nearly 2 hours to recover. Had someone told me a 10 minute workout would have totally wiped me out, I would have told them they were crazy. Remember, I was used to riding my bike, and the elliptical and Stairmaster machines.

I was able to fulfill my obligation to Larry and after 8 weeks, I was able to complete the baseline in just over 5 minutes, almost cutting my time in half. What an incredible feeling!

The 10 week FBI Academy was a terrific experience and thank goodness for the nearly 10 months of CrossFit preparation, because a majority of the almost daily exercise at the Academy was CrossFit type exercise.

Upon returning from the Academy, I continued to exercise at Hurricane CrossFit with our SWAT team on our lunch break, but a program was put into place that prevented us from exercising during our lunch break. My alternative was to exercise early in the morning or later in the evening. Again, I’m intimidated by CrossFit. I was scared to death about attending an actual CrossFit class, because I know it will be comprised of nothing but elite athletes.

In May 2014 I began attending Hurricane CrossFit at 4:45 AM with my LCPD colleague Greg Single. I’d seen CrossFit Coach and owner Cody Spell at CrossFit before, but I think I was formally introduced to Cody in May. I explained my physical limitations to Cody and he was very attentive and kind in helping me modify exercises that I’m simply unable to complete.

I realize that I will not be as strong or have an endless motor like many at the Box, but I show up and work hard, trying to run my own race. What I also realize is that in addition to CrossFit being for elite athletes, it is also reserved for anyone wishing to work hard and challenge themselves physically and mentally, pushing themselves toward higher levels of fitness.

The Hurricane CrossFit coaches have all been kind, considerate, and patient in working with me over the years and I would highly recommend this Box to anyone.